Mask and Vaccination Mandates Change in the DMV 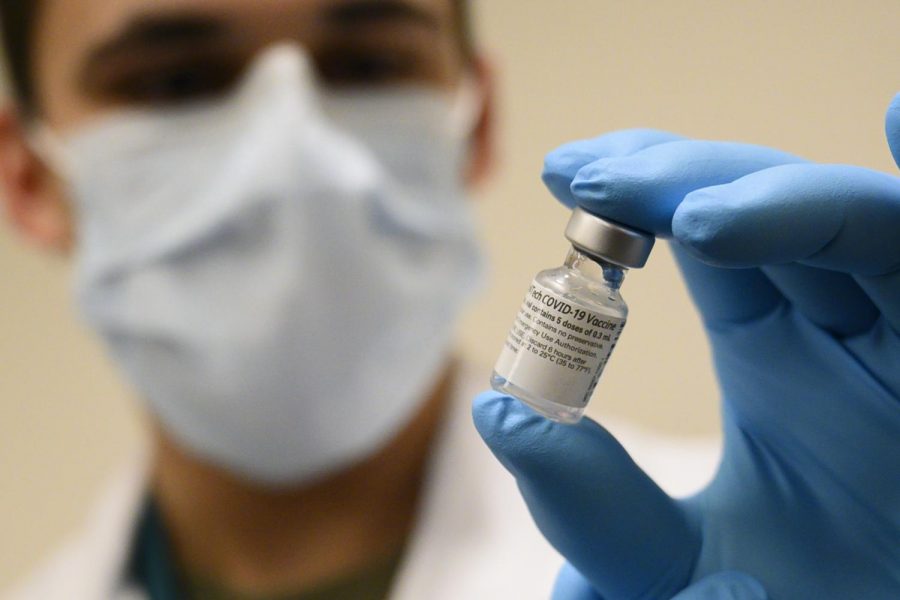 U.S. Secretary of Defense, CC by 2.0, via Wikimedia Commons

Montgomery County lifted its indoor mask mandate October 28 at 12:01 AM after a declining trend of Covid-19 cases in the region. The county had maintained a 7-day period of “moderate” transmissions, which is fewer than 50 new cases per 100,000 people a day.

According to the Centers for Disease Control and Prevention (CDC), with at least 77% of residents fully vaccinated and 99% partially vaccinated, Montgomery County is one of the highest vaccinated regions in the country. Sean O’Donnell, Montgomery County’s public health emergency preparedness manager told DCist.com that he was hopeful that the trend would continue in the right direction with lower transmission rates continuing across the county.

Only four days after the lifted mandate, however, cases rose from “moderate” to “substantial” transmission. The county quickly responded, stating that the indoor mask mandate would be reinstituted on November 3.

Yet after transmission declined back to “moderate,” the council decided that the mandate would remain lifted, and when 85% of the population is fully vaccinated, all mask mandates will be lifted according to WDVM. With vaccines now available to 5–11-year-olds, the county is hopeful that the mask mandates will go and stay away.

Despite Montgomery County’s high vaccination rate, in Washington, D.C., only 60% percent of residents are fully vaccinated with about 86 new cases per 100,000 people. The D.C. Council is turning their focus to instituting a student vaccination bill that would require all eligible D.C. students to be vaccinated by December 15.

All students, no matter public, private, charter, or independent would be subject to this mandate.

The city already requires full vaccination for those participating in school sports ages 12 and up. If the student vaccination bill is passed, the District of Columbia would be one of the first regions to require the vaccination of children.

Five councilmembers have cosponsored the bill, which needs seven votes to pass. However, the bill is facing backlash from many including health experts and parents. Many argue that the timeline proposed by the bill would be counteractive to the goal of the bill itself, which is to decrease exposures, and eliminate the need for quarantine and virtual learning.