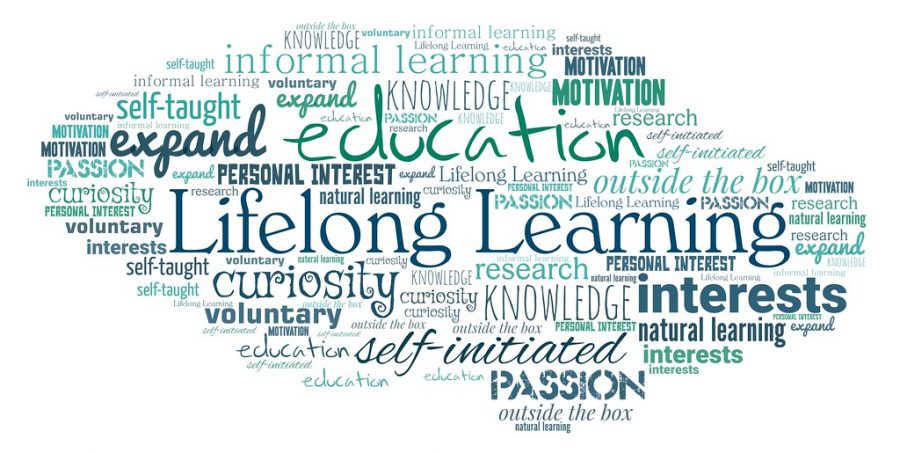 American Education Week was held November 15 – 19. As part of this year’s annual celebration of lifelong learning, students were invited to respond to the following prompt:

Two winners were selected: Kalkidan Kebede ’23 and Brizel Martinez Cruz ’25. Their essays are below.

Humans are notorious for being malicious towards each other. We have fought one another since the beginning of time trying to assert our dominance by using our distinct differences such as race, gender, and beliefs to determine inferiority and superiority. I want to change humanity’s perspective on diversity because there are many people who are genuinely terrified of differences.

This terror turns into hate which stems from ignorance. Some of us have never been exposed to people who come from different backgrounds, and we have allowed our family members and schools to dictate how we view certain groups of people. For example, after 9/11 many Americans feared the religion of Islam. That fear and anger caused violence towards Muslims and Arabs. Their culture and religion deemed them to be terrorists. The 9/11 attacks were done by Muslim extremists, but that does not mean that all Muslims are terrorists and that all Arabs are Muslim. Had we inquired more and listened to Muslims we would know that Islam is a peaceful religion. Our failure to conduct our own research and challenge the status quo has led us to be indifferent and cruel towards others. We cannot have half of humanity understand the beauty of diversity and leave the other half in the dark to commit treacherous actions against other human life. To accept diversity for what it truly is, a blessing, we must keep an open mind and listen to each other. If we are not always learning and aspiring to understand the world outside of what we know it as then extremists rise, like we see today.

Sadly, most of our issues in the world arise from the refusal to accept others as they are. For instance, the Israeli-Palestinian conflict, although started over land disputes, religion and differences in culture have also played a role in this conflict. Many have been murdered over features they were naturally born with while others have been killed for simply expressing who they are. If we want to see change in the world, if we want peace and to be liberated from the shackles of close mindedness, then we must learn to think critically; we must learn to speak out and to fight for what is morally correct; we must constantly learn about new cultures, languages, beliefs and accept the fact that we were never made to be the exact same. We have different abilities and minds that should be widely celebrated instead of destroyed.

We need to drop the stereotypes and confining labels and treat people based on their character. Education is imperative. Education breeds well rounded individuals who seek knowledge; they do not accept what they are told, they take the initiative to explore the truth. Education encourages empathy towards others. We need to stop putting labels on people who were born to stand out. We should understand that uniqueness is an asset. We need to stop justifying hate because there are no premises on this plan. Let’s learn to be accepting.

The world will never be the image of perfection but it can become the image of comfort. The world we live in has faced many hardships and has slowly overcome a few of them, but we shouldn’t overlook the hardship caused by the increase in violence.

The COVID-19 pandemic has been the reason for many deaths, and violence is causing thousands more. Gun and crime violence are at an all time high and the people that are dying are friends, parents, and children. These deaths are causing children to become orphans, wives to become widows, and parents to lose their children.

As lifelong learners, we can take advantage of our knowledge and exploit our curiosity in order to decrease the violence in our world. We are not limited to the knowledge we learn in school because being a longlife learner includes the things you learn outside of school.  For example, it is a privilege to have a history class because we learn from the mistakes that were made in the past so we can prevent them from happening in the future. This knowledge can be used to end gun and crime violence because we can look at past methods and see how they failed or succeeded and how we can improve them. In addition, skills that you learn in life that numerous lifelong learners use are being resilient, adaptable, and asking for help. Since you never know what life is going to throw at you, which may cause things not to happen as you envisioned them, you have to be resilient and have the ability to adapt. But the most important quality is asking for help because one person can make a difference, but it takes a society to make a change.

Let’s not forget that being a lifelong learner gives you perspective on both the world and yourself because in order to understand different people and their perspectives, it is important to learn how to think about things in different ways. This means that you have to examine multiple perspectives to help make the change you seek happen because people experience problems differently because of their race, religion, etc. Remember that if you didn’t attend school, no matter the reason, you are still a lifelong learner because you learn the skills you need along the way through experience, friends, and loved ones.

One warning is that being a lifelong learner also comes with responsibility because you can use your knowledge to harm the world and pursue selfish desires. This is a call to all lifelong learners to use their abilities to change the world for the better for the future generations to come, because gun and crime violence can cause the end of humanity. In brief, my desire and dream for violence in general to come to an end might not happen in my lifetime but it will happen because future lifelong learners will examine where we failed and use their skills to make this possible.