COVID Parties: The continuation of the pandemic 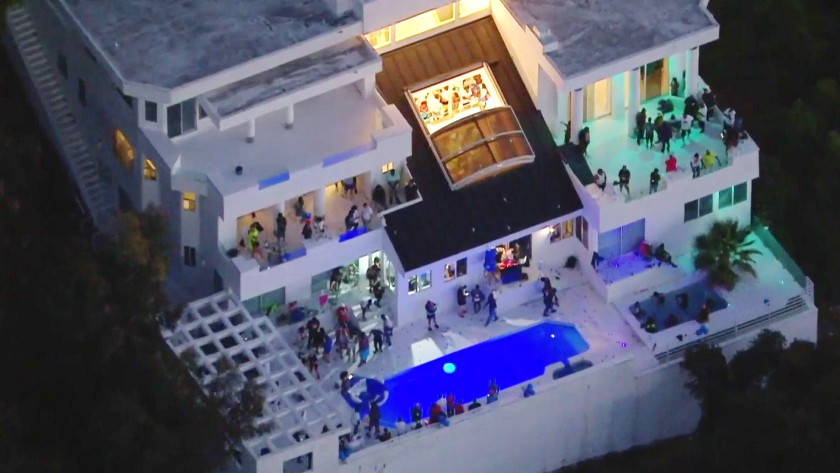 Youtuber Jake Paul recently threw a celebration party and suffers the rightfully deserved backlash from his fans, outsiders, and even the mayor of Los Angeles. This isn’t the first time the popular YouTuber has faced harsh criticism from the public for his irresponsible actions, this time he still proves he doesn’t care about others’ safety and concludes to be a bad influence on young teens as cases increase.

The term “COVID Party” is now being used as a way for teens or anyone to describe super spreader events. These parties normally take place in people’s houses or other enclosed areas. Parties are frequently thrown by Influencers with large audiences (Youtubers, Tiktokers, and or A-list celebrities).

According to the CDC, the highest risk for the spread of COVID-19 are “Large in-person gatherings where it is difficult for individuals to remain spaced at least 6 feet apart and attendees travel from outside the local area.” Especially without the use of masks, these risks continue to increase.

The San Francisco Department of Public Health states “larger droplets are sometimes called “ballistic droplets” because they travel in straight lines and are pulled down by gravity. People nearby, usually within 6 feet, are infected when they breathe in these droplets or if the droplets land in their eyes, nose, or mouth.”

With more young adults wanting their lives to go to normal these parties are even more tempting. Most young adults think their risk of the pandemic is outweighed or even their bodies are able to fight off the virus.

In April when statistics were released stating that COVID-19 barely affected those between the ages of 15-24 because they were less likely to suffer a severe form of respiratory disease than their parents or grandparents. As of early September, many risk factors have been adding to a young adult’s battle with COVID-19. The risky behaviors of vaping and dual use of e-cigarettes and cigarettes have become underlying reasons for developing COVID-19.

Most states such as California are beginning to punish those who host these parties by cutting off their Wi-Fi, water, electricity, and fining them. Those young adults who choose to follow protocol are putting their lives on hold especially during the holiday season without being able to spend time with their families or even taking extreme caution to seek normal holiday festivities.