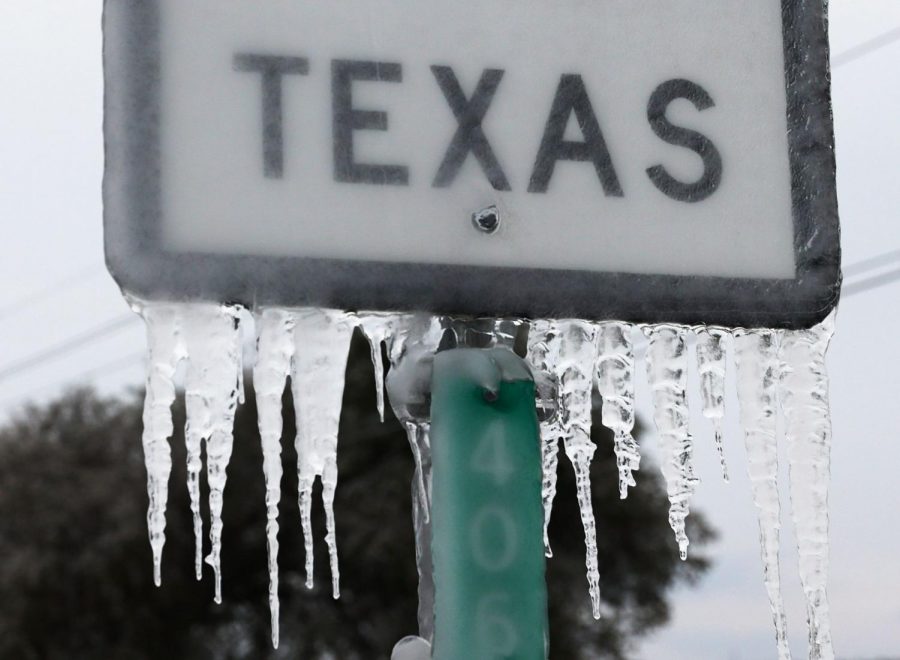 The harsh weather conditions had started around February 10th and the snowstorm began to pile on February 14th. Within this time span, many families like hers had been trying to collect all the necessary essentials before being snowed in.

Williams a new resident to Texas had her own issues throughout the storm like with many other families. Dealing with two children on her own with the deployment of her husband took a toll on her physically because emotionally she wasn’t prepared.

She describes her experience as “a moment [she] wouldn’t have guessed to happen in a place like Texas,” but it was something she just had to deal with for the sake of her family.

The Texas snowstorm had many inconveniences for those who not only were long-term residents, but also those just visiting. The loss of power started with a chain reaction of events including the shutdown of grocery stores, different areas within the state not having water.

The beginning of the storm was most difficult because of the below-freezing temperatures. But also with the closing of roads traveling to the more secure shelters was almost close to impossible. Ice and snow-filled roads were a new sight for residents due to the rare occurrence of extreme snow.

“Luckily I had gotten my water and power back before most people on the base,” said Williams. “But I felt bad for those who couldn’t simply take a shower, so I would allow some of my friends to come over to use my shower or even brush their teeth.”

As time continued, Williams found herself helping more people by selling resources people weren’t able to afford at the time. This included diapers, disinfectants, laundry detergent, waters, and other things people needed. However, she describes her quick business as “a way to help those in more need than me. The money wasn’t important to me it was everyone’s well-being.”